As mentioned in my previous post, “Understanding an engineering project!“, I have recently restarted blogging after a long period of silence and then migrating from Movable Type to WordPress which made my life much easier. In one of the companies I’ve worked for, we had a series of technical discussions on their social network which I categorised them as “Understanding a project!” The idea came to my mind when one of the younger engineers once asked “How do I become the best engineer possible?” in a post and the most important item of my answer was to advise him not to be afraid of making mistakes as far as a proper quality control procedure is in place and also he’s willing to learn from his mistakes and take a corrective action. I even advised him not to delete his mistake in design and keep it in his archive. I just thought to republish them every now and then on my own weblog to hopefully assist younger engineers in their career.

Well in this post, I was discussing how to understand the loading patterns to any structure before analysing them by sharing a sample of free body diagram. I would suggest reading my first post of this series, “Understanding an engineering project!“, before reading this one and if you haven’t done it yet.

I do hope I can manage my time better to keep posting “understanding a project” series regularly.

In my previous blog post entitled Understanding a project or my tiring Wednesday! I’ve mentioned how a third party designer blindly dived into using a commercial software to analyse a salt barn without understanding how the loads of 700 tonnes of stored salt being transferred to the structure and then to the ground, how the structure would react and behave, etc. Also, I’ve mentioned eventually after an exhaustive 4.5-hour meeting the designer was convinced to correct his conceptual mistakes in the design. A few days ago I received the revised design calculations and realised though the designer has corrected some of his mistakes, yet he’s confused about the rest of the design and made even bigger mistakes. So, instead highlighting his mistakes line by line, I decided to sketch some diagrams to show him how the loads of the stored salt being applied to the structure and then transferred to the ground. These are the type of diagrams I personally use before analysing a structure. After sending my sketches to the designer hoping they’ll be instructive enough and remembering a discussion here about “How do I become the best engineer possible?“, I just thought to open a new area on ********** for Understanding a Project where people can use their special expertise in explaining for younger engineers how to approach a problem to solve. For instance, Dr John Fay can post some hints using his extensive knowledge in maths and CFD and I will hopefully share some posts in manual analysis and conceptual design of structures. I hope our colleagues will find this series of discussions useful.

As the first post of this series (or better to say second after my above-mentioned blog post), I’d like to share the diagrams I sketched for the analysis of the salt barn below. Having said that the below general arrangement for the salt barn is not my preferred option and I don’t consider it as an optimum solution, but well in this particular scheme, I’m just a technical reviewer, not a designer.

So, in the first figure you see a schematic sketch of the barn and in the below image (I’ve only shown the external loads, not the weight of the structure which should also be considered), you’ll find the diagrams showing how we apply the loads on separate free-body diagrams for analysing different parts of the structure. Using such simple diagrams you’ll realise that even you don’t need any computer programme to analyse the structure. Generally, using simple statics and free body diagrams will help you control any possible mistakes much easier than using a software blindly and basically will help you to understand the behaviour of the structure better.

PS: I haven’t opened any page or group for ‘Understanding a Project’ yet as I’m not entirely sure about the title. Any better suggestions would be more than welcome.

PPS: Hopefully this post can be interesting for the below groups/forums: 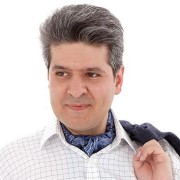